by admin
in Cryptocurrency

Did this UK judge determine that Craig Wright’s reputation was worth 1£? You be the… judge. The “High Court Approved Judgment” reads like a novel. It contains a lot of ins, a lot of outs, and a lot of what-have-yous. It conveniently summarizes everything that happened and what got us and Peter McCormack here. The story is fascinating and it paints a clear picture of who Craig Wright is and who he’s not. But let’s let the judge’s writing do the painting.

For example, Wright’s financier Calvin Ayre set up the bait and McCormack fell for it. According to the document, Ayre tweeted:

“Craig and I are polishing our muskets at today’s Troll Hunting meeting in London. #CraigisSatoshi.”

And then proceeded to antagonize Ayre until he got his wish and got sued. The narration is long and intricate, and this is not the place to get into it all. Bitcoinist already published a story when McCormack’s team responded to the lawsuit, and another one when the trial started a couple of months ago. And, of course, you can also read the new document.

However, just to give you a taste…

Quick Snapshot Of The Judge’s Findings

At first, the judge seems to be sympathetic to McCormack.

“There are other passages, in which Mr McCormack makes further statements to the same effect as the words complained of. It is not necessary to set them all out here. In my judgment, the publication, taken as a whole, bears the meaning contended for by Mr McCormack – that there were reasonable grounds for questioning or inquiring as to whether the Claimant had fraudulently claimed to be Satoshi.”

But, as the story progresses, that changes. Which doesn’t mean he’s sympathetic to Craig Wright. For example, regarding one of the multiple conferences Wright was supposedly uninvited because of McCormack tweets, the judge found:

“Prof. Darwazeh is an academic of high standing. His written and documentary evidence establishes that: the first Hanoi conference did operate a rigorous blind peer review system; Dr Wright submitted a paper; it was reviewed and rejected on merit grounds; and the rejection was communicated to Dr Wright.”

That leads us to…

Did McCormack Cause “Serious Harm” To Craigh Wright?

First, the judge sets up the rules:

“I have considered the three bases on which Dr Wright contended that the Publications caused or were likely to cause serious harm to his reputation in England and Wales: the inherent seriousness of the imputation conveyed by each tweet; the significant extent of publication; and the evidence of actual harm.”

Then, he makes clear exactly how McCormack might have hurt Craig Wright’s reputation:

“The fact that he was willing to state his views so brazenly in response to threats of libel proceedings is likely to have made those who read them more, not less, likely to believe them.”

In the end, he sides with Wright. “I find it more likely than not that each of the Publications caused serious harm to Dr Wright’s reputation,” the judge says. “I make clear, however, that my finding on the issue of serious harm is not based to any extent on Dr Wright’s oral evidence as to the effect on his reputation in academic or other circles,” he clarifies.

Were There Any Damages?

This is important. The judge pronounced himself, but the case is not over yet.

“In my judgment, the appropriate way to proceed is for me to resolve the question of damages first and then invite further submissions as to whether any injunctive or other relief should be granted in the light of my findings.“

Please do note that the process is not complete and therefore I will not be commenting further on this.

Once the entire process is complete there will be others I will be thanking.

And here’s where the judge starts to turn on Craig Wright. “However, it is also well established that “a person should only be compensated for injury to the reputation they actually possess.” And he lets the readers know that the accuser might not get what he wants. “The deliberately false case on serious harm advanced by Dr Wright until days before trial in my judgment requires more than a mere reduction in the award of damages.” The judge elaborates:

“Had it not been for Dr Wright’s deliberately false case as to serious harm, a more than minimal award of damages would have been appropriate, though the quantum would have been reduced to reflect the fact that Mr McCormack was goaded into making the statements he did and, having found Dr Wright not to be a witness of truth, I would have rejected in its entirety his case as to the distress he claims to have suffered.”

So, Wright’s antics are the reason for the “minimal award of damages.” For example, “Dr Wright advanced a deliberately false case as to the disinvitations from academic conferences in his Amended Particulars of Claim and his first witness statement.” And, “Dr. Wright’s response to this evidence was to change his case and withdraw significant parts of his earlier evidence, while seeking to explain that the errors were inadvertent. I have rejected that explanation as untrue.”

The Verdict, Craig Wright Gets 1£

In the end, the judge rules that McCormack did damage Wright’s reputation:

“I have found that the Publications did cause serious harm without reference to the earlier deliberately false case as to the academic conferences. However, I am entitled to take into account my findings as to the earlier false case in assessing damages.”

But the award of damages is not what he’s expecting:

“Accordingly, I shall enter judgment for Dr Wright on the claim in the sum of £1.”

“As some of you will now have seen, the judgment in my trial v Dr. Craig Wright has now been handed down. I want to thank my lawyers for their diligent work on the case. I also want to thank Mr Justice Chamberlain for this result. We are very pleased with his findings. Please do note that the process is not complete and therefore I will not be commenting further on this. Once the entire process is complete there will be others I will be thanking.”

And that’s it for now. Something tells us there’s more to come, though. A lot more. Stay tuned to Bitcoinist to find out. And if you want to help Peter McCormack “cover the costs of these damages,” there’s a GoFundMe for that. 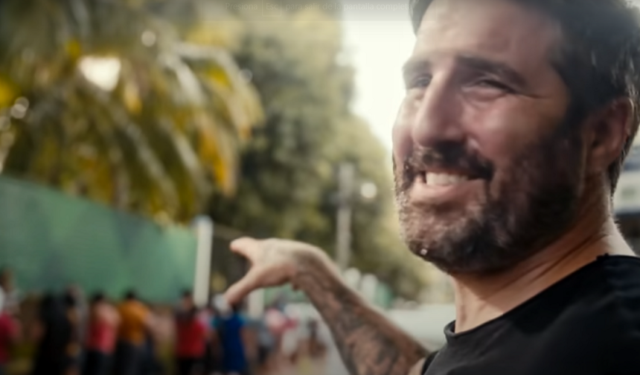 How To Spread Bitcoin Adoption To Everyone – Bitcoin Magazine

ETH may consolidate as Merge excitement wears off, says expert

ETH may consolidate as Merge excitement wears off, says expert

$1.26B in Ethereum options expire on Friday and bulls are ready to push ETH price higher

Chainlink Price Above $8, Can It Go Past Its Immediate Resistance?

Gunzilla raises $46 million in funding round