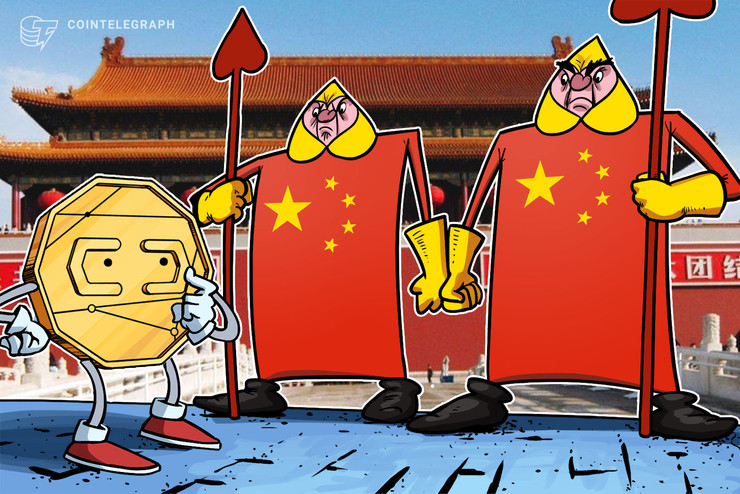 Chen Weigang, former Vice President of China Insurance Regulatory Commission of the Communist Party, sat down with Yiben blockchain media on Feb 27 to talk about ICO regulations and digital currency trading in China. He told the media that a central bank digital currency (CBDC) is an important strategic plan for the Chinese RMB to gain an upper hand in international economic development.

During the interview, Chen was asked to comment on the ongoing ICO Ponzi schemes in China. Chen believed that ICOs and cryptocurrency trading needed to be banned completely in the future. He added that:

“I always believe that speculation in cryptocurrency and ICO is not the direction of financial development and must be resolutely banned.”

One of the main difficulties in regulating such pyramid schemes is there is no clear supervision division in the current regulatory framework. Chen thinks that in order to crack down on the ICO scams and cryptocurrency speculations, all regulators including China’s banking and insurance regulatory commission, China securities regulatory commission, public security organization and Internet and cultural authorities should work together.

China has been preparing for DCEP (Digital Currency Electronic Payment) ever since 2015 according to Chen. He explained that DCEP’s direct peg to the Renminbi was an important national strategy to China. He added that.

“We must be ahead of the rest of the world, at least technologically. Only in this way canthe RMB take the initiative in the future international economic development.”

In December 2019, Chinese media reported that the central bank was planning to conduct the first real-world test of its CBDC. The project has been in development slowly, but it reportedly accelerated last year when Facebook’s Libra was officially announced.